We predicted a comeback for the zaney xylophone in pop music some months ago, it’s just one of those cheery instruments that takes us back to our childhoods and plays a part in all of our lives. So when the granddaughter of the famous xylophonist Harry Robbins got in touch with us yesterday we thought it was probably about time we compiled a Top 10 Xylophonists of the Past chart. We know what you’re thinking, “A TOP 10 XYLOPHONISTS OF THE PAST CHART?!! I need to drop what I’m doing and read this!” No need to thank us, just click on the stills to enjoy the clips…

This 1930 clip of the famous Teddy Brown is our favourite and tops the xylophone chart. Teddy finishes his song with quite a flourish – physically spinning along the length of the xylophone whilst still playing it. In the 1930s sizeable citizens weren’t as commonplace as they seem to be in the 21st century: The title screen itself announces “And now for the one and only Teddy Brown… there’s quite a lot of him”. The canister notes chirp on about “the vast expanse of his trousers and jacket”. 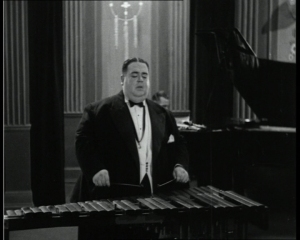 14-year-old Charlie is “the world’s boy-wonder wielder of the sticks with knobs on, and playing one of his own compositions too”. The nauseatingly fast tune is well worth a watch. In the canister notes an intern from a previous era has written: “I think Charlie looks like a midget, not a 14-year-old boy. Does anyone know the real story behind this act?” No second name is mentioned… Charlie remains a mystery, but he’s Number 2 in our chart. 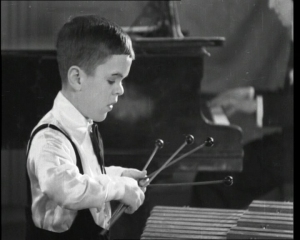 Vesta isn’t quite the athlete that Michel (Number 4) is but she manages to do the splits whilst still playing her xylophone. Positively glittering from head to toe, Vesta sports a dazzling perma-grin throughout the entirety of her performance and has her name in flashing lights on the front of her instrument. A real xylophone diva if ever we saw one, and a neat number 3 in our chart. Vell done Vesta. 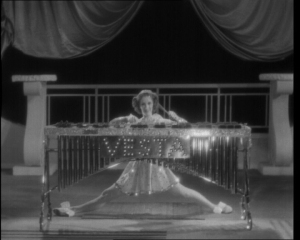 Multi-talented Michel tap dances and performs acrobatics as he taps away on both the keys and the floor. Michel also wins the prize for most-starched-trouser-creases in the world. For his high leg kicks, even higher spirits and sheer athleticism Michel makes it in at number 4! Again, no surname is listed. Where did they find these extraordinary people, and more importantly, what became of them? 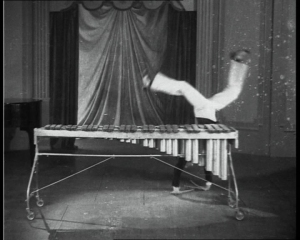 Described as “a youthful platinum blonde musician”, Doreen is the second female entry in our Xylophone chart. She plays ‘Goodnight Sweetheart’ and ‘Old Folks at Home’ for the audience. Grayson Perry – we’ve discovered the inspiration behind your Turner Prize winning look! See more Doreen in her floral best here, she was a bit of a hit in her day! 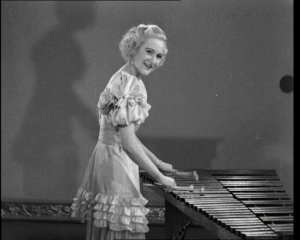 Oh Fred, you didn’t have to. The legendary Fred Samburn incorporates elements of slapstick comedy into his xylophone routine and is accompanied by his own orchestra. We can’t hear the audience laughing very loudly though… We like to imagine Fred’s act was met with a host of blank expressions and mild disgust. Doing the splits we’re fine with, but fake eyebrows and xylophones just don’t go. Do they Fred? 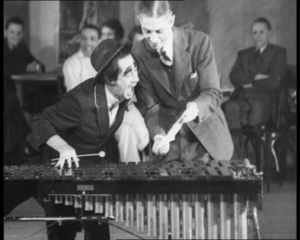 Harry Robbins performs a song written especially for the xylophone called “crazy sticks”. Very upbeat and jolly indeed. Quite a dapper chap is our Harry. We love his window boxes too, nothing like a hastily painted backdrop in front of some austere floor-to-ceiling curtains to set the scene. 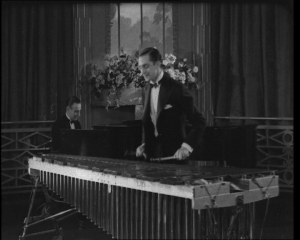 Playing a slightly more sinister song than his contemporaries it’s Jack Simpson. Blink and you’ll miss his haunting little grin! Jack performs at the bottom of a staircase somewhere in Pathe studios, dressed like the Butler from an early Alfred Hitchcock. There’s some great aerial footage in this one too. Jack squeezes in at Number 8 today but we think there’s mileage in Jack yet, possibly as the inspiration behind a new slasher movie? 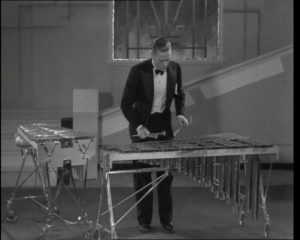 Chester Tunis couldn’t afford a xylophone but gives us a lovely song on a line of bottles. We say lovely, ear-splitting is probably a more accurate critique. Also, not enough people are calling their children Chester these days. Can somebody look into this? Thanks. 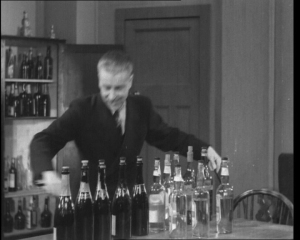 One of two 14-year-olds in the chart, Patricia Frost gives a lovely medley of 1940s seaside tunes. Just hanging in there at the bottom of our list, we couldn’t resist a nice bit of pitter patter from our old friend Patty. We don’t envy the cleaner who had to polish that table surface though, it looks like a Richard Wilson installation. 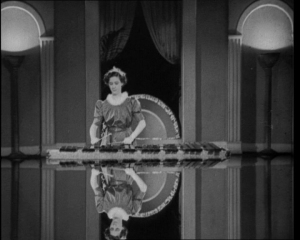 Over so soon? That’s right, you’ve reached the end of British Pathé’s Top 10 Xylophonists of the Past. But if you go to www.britishpathe.com there are plenty more clips to watch, with more from Doreen, Jack and Teddy … all your favourites!