On 21st March it will have been 50 years since that well-known prison, immortalised in numerous films and television shows, shut its doors in 1963. British Pathé covered the news in the film “Everybody Out!” which claims to reveal the interior of Alcatraz “for the first and last time” – though this seems to be an exaggeration since the interior features in earlier Pathé clips as well! In the minute-long clip, we see the last remaining convicts moved to other prisons (view the newsreel here). A film from the year before, “Alcatraz Replaced“, announces the decision to close the prison and also shows its replacement, called “Marion”, under construction. 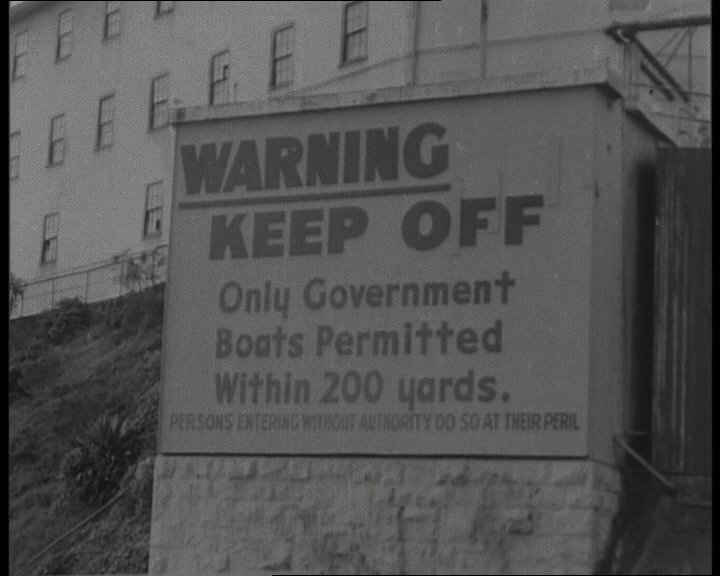 As the films explain, Alcatraz was originally an army fort. It was therefore an ideal location for an “escape-proof prison for America’s worst criminals”. It closed due to lack of space for the rising US prison population.

But “escape-proof” wasn’t an entirely accurate description for the prison. Break-out attempts at Alcatraz were numerous (14 in total during the island’s 30 year history as a state penitentiary) and three of them feature in films within the British Pathé archive. The first escape film seemingly dates from 1938, though it describes events of the year before, and warns the American public to be on the lookout for inmates Ralph Row and Ted Cole, who apparently succeeded in breaking out, though it is now presumed that they perished in the attempt.

The second film, from 1946, covers a dramatic gun battle between prison guards, marines and the prisoners. Some of the grenade explosions are caught on camera by newsreel staff eager to ignore the danger for the sake of some close-ups. The 44-hour battle left two guards and three convicts dead. Two other inmates were later executed.

The final film, “Daring Escape” (1962), features an image of a lifelike dummy in one of the prison beds used by the escapees to fool the guards. The fugitives were never caught, if indeed they survived the attempt. The events might be familiar, because they formed the basis of the 1972 Clint Eastwood film, Escape From Alcatraz.

Today, Alcatraz is a museum which, given its history, must be worth a visit if you are ever in San Francisco. 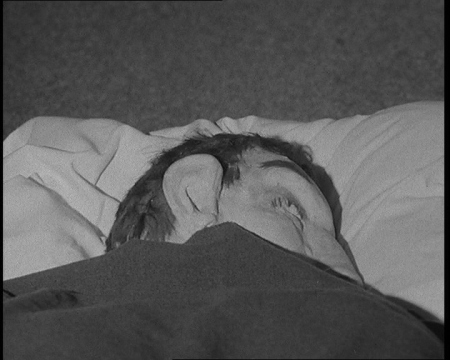 70 years ago, the submarine HMS Thunderbolt sank for the second time, with the loss of everyone aboard. It had sunk four years previously, raised, and renamed. British Pathé has footage of HMS Thunderbolt, its launch at Birkenhead, and the original sinking off North Wales. Click here to view the collection.

On Saturday, England will play Wales in a deciding game. England’s 1924 Grand Slam can be viewed here.

60 years ago, the leader of Yugoslavia came to Britain and met the Prime Minister in London and toured Cambridge. British Pathé newsreels covered the state visit. You can view them here.

50 years since the death of Sir William Beveridge  (16 March)

British Pathé conducted interviews with Sir William on his welfare report and covered his wedding in 1942. Click here to view the films. He died on 16th March 1963.

Nick Compton recently made his England Test cricket debut (November 2012) and is currently touring with the team in New Zealand. Nick is the grandson of cricketer and footballer Denis Compton, who features heavily in the British Pathé archive. A selection can be found here.

The British Pathé archive has a great deal of footage for the Twentieth Century popes from 1922 until 1972. A selection for each can be found via these links:

Pius XI – British Pathé filmed the election of Benedict XV’s successor, who served from 1922 until his own death in 1939. 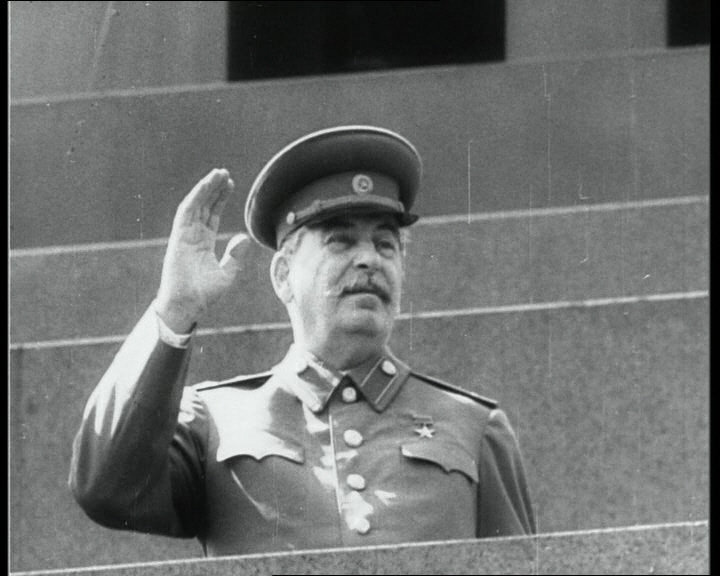 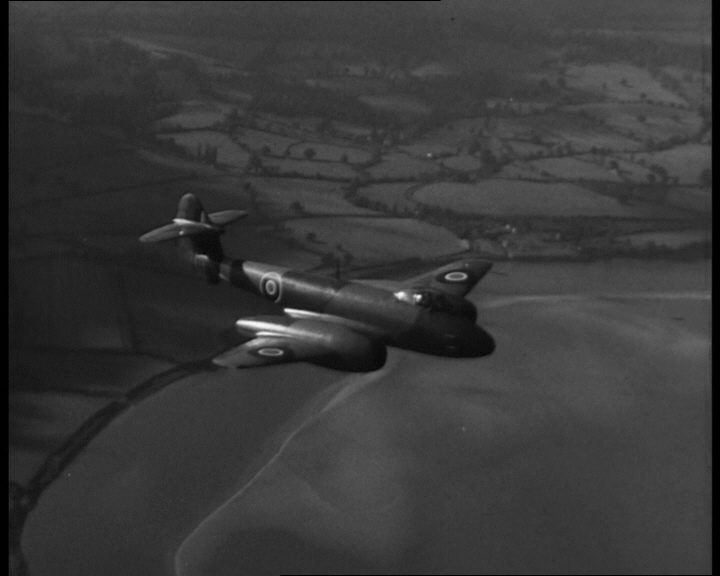 On 27th Feb 1933, Berlin’s Reichstag building was destroyed. A newsreel covers the aftermath and there is footage of the ruined building. Click here to see the collection, or click the stills below for the individual films.

The fire meant more than damage to an impressive structure – it was an immensely important event in the rise of the Nazi Party in Germany. Adolf Hitler was able to use the event to obtain emergency powers, which he used to suppress opposition to Nazi rule. By the end of March, Hitler was a dictator and Germany’s struggling democracy was finally dead.

For British Pathé’s collection of films on the Reichstag fire, click here.

On Sunday, 10th February 2013, it will have been 100 years since Robert Falcon Scott and his colleagues Henry Bowers and Edward Wilson were discovered dead in their tent in the Antarctic, having failed to reach the South Pole nearly a year before. There’s some really interesting footage in the archive of Scott and the expedition, but much of it is contained within longer retrospectives. Here’s a brief summary of the material to help you locate it:

Film of the Terra Nova, the ship which took Scott to the Antarctic and returned without him, was some of the earliest footage that British Pathé released in cinemas. There is a clip of the ship leaving for the Antarctic in 1910 and one of it returning to Cardiff in 1913.

The classic series Time To Remember, produced by British Pathé in the late 1950s and early 1960s, contains some additional footage that can’t be found elsewhere in the archive. The material appears at the end of Reel 1 and the beginning of Reel 2. You can view the relevant portions of those reels here. Included is a nice close up of Scott himself and some remarkable film of the expedition.

“Here’s to the Memory” also has footage apparently filmed in the Antarctic. It features the men huddled on the ground for dinner and trekking through the barren landscape towards their goal. It appears towards the beginning of this section of the documentary.

The expedition material was shot by Herbert Ponting, who accompanied Scott to the Antarctic with his camera. He survived and later produced the 1924 documentary, The Great White Silence.

Here’s our selection of British Pathé footage that relates to anniversaries coming up in the next two weeks. Click the links below to take a look! You can also keep up to date with aniversaries by following our dedicated Pinterest board.

Churchill and Roosevelt at Casablanca

70 years ago, Winston Churchill and Franklin Roosevelt met at Casablanca to discuss the war effort. A 1943 newsreel covers the event. View it here.

It will have been 150 years since the birth of David Lloyd George on 17th January 1863. Lloyd George, Prime Minister during the First World War, features in a great many British Pathé newsreels. Explore them here.

Another birthday for January is that of American comedian Danny Kaye, born 100 years ago on 18th January 1913. There is some excellent footage of Kaye in the archive, particularly of his 1948 Royal Command Performance act and rehearsals. Watch them here.

85 years since the death of Earl Haig

Footage of the First World War general and of his funeral can be found here.

British Membership of the EU

Excavations in Burma may have unearthed spitfires that have been buried there. British Pathé has a wealth of footage related to spitfires, just a selection of which can be seen here.

Twice a month we blog about footage in the archive relevant to upcoming events or important anniversaries. There are always plenty, so we can only present a selection and you can search the archive for more at www.britishpathe.com

Here are our picks for the next two weeks:

55 years ago, Edmund Hillary reached the South Pole over land, the first to do so since Captain Scott. View the 1958 newsreel here. 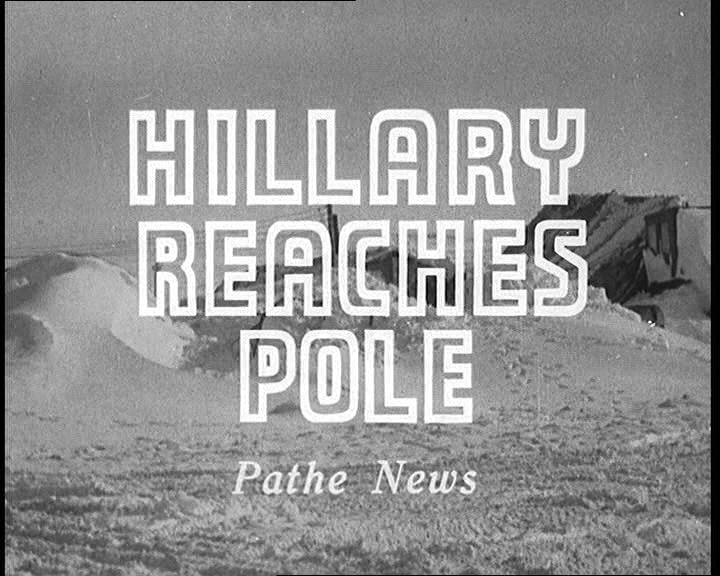 It will have been 100 years since the birth of Richard Nixon on 9th January 1913. The American President, who was disgraced by the Watergate scandal, features in a great many British Pathé newsreels. Explore them here. 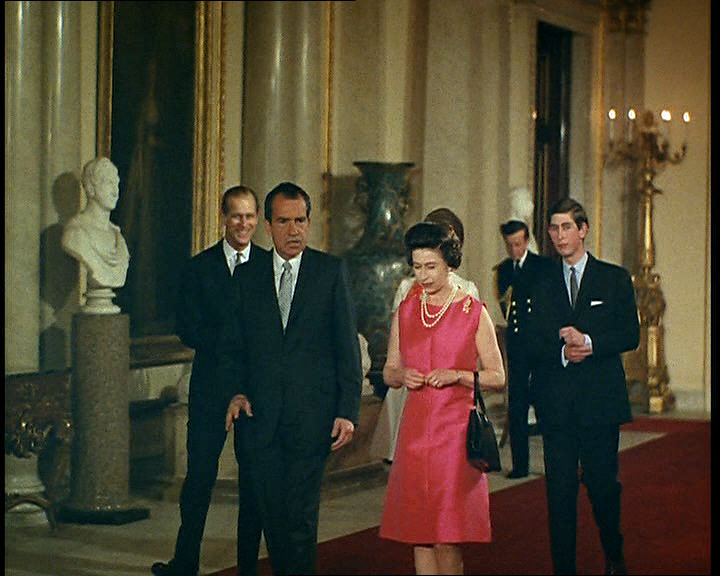 85 years ago, the great writer Thomas Hardy died and his heart was buried separately from his body. British Pathé has footage of the burial of the heart in Dorset in 1928. Click here to view the newsreel. 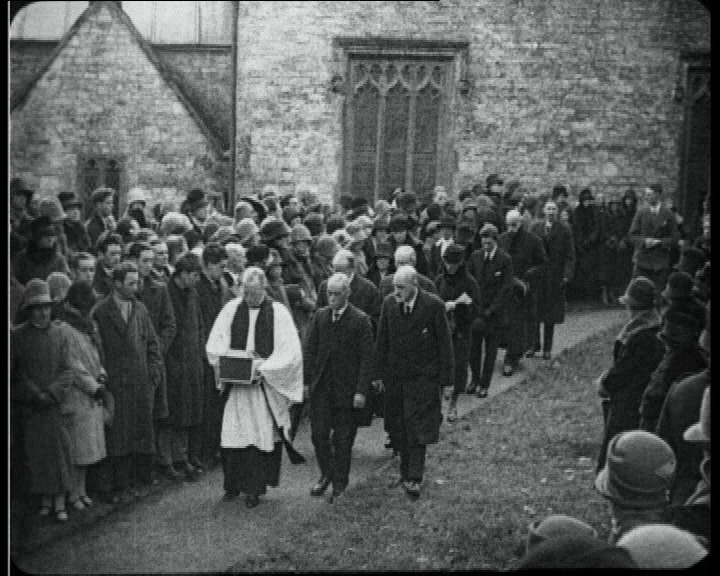 50th Anniversary: On 14th January 1963, the Flying Scotsman made its last run. A collection of clips on that famous train can be found here. 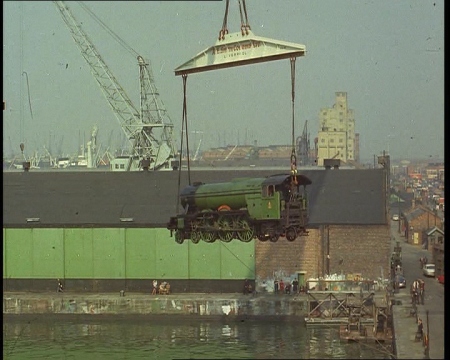 We’ll be publishing a blog post all about this shortly, but we can’t miss it off this list of important anniversaries! British Pathé celebrates 150 years of the Tube with a collection of clips featuring construction footage dating from 1922. You can also see the tunnels used as air raid shelters during the Second World War, extensions of the lines in the late 1940s, and the work of cleaners and technicians after-hours. The innovations of the 1950s also get a look-in, while there is extensive coverage of the building of the Victoria Line, as well as its opening by the Queen. Click here to explore the collection. 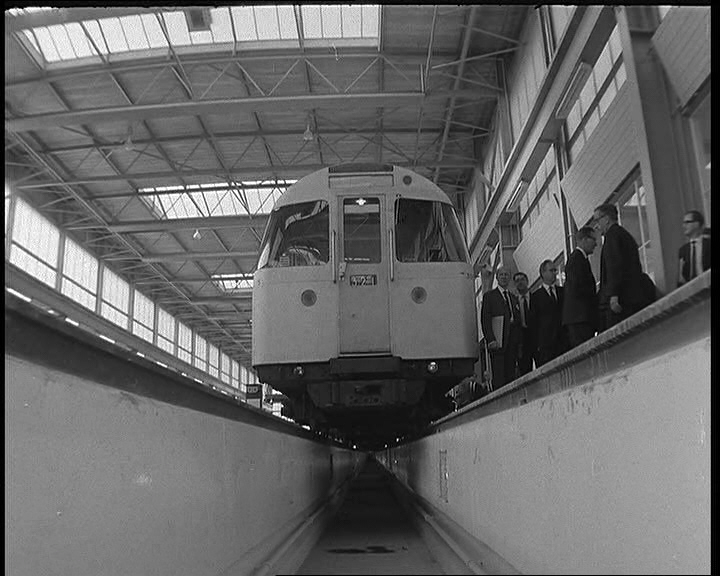 Check back in two weeks for our next installment. In the meantime, you can visit www.britishpathe.com for more vintage films.