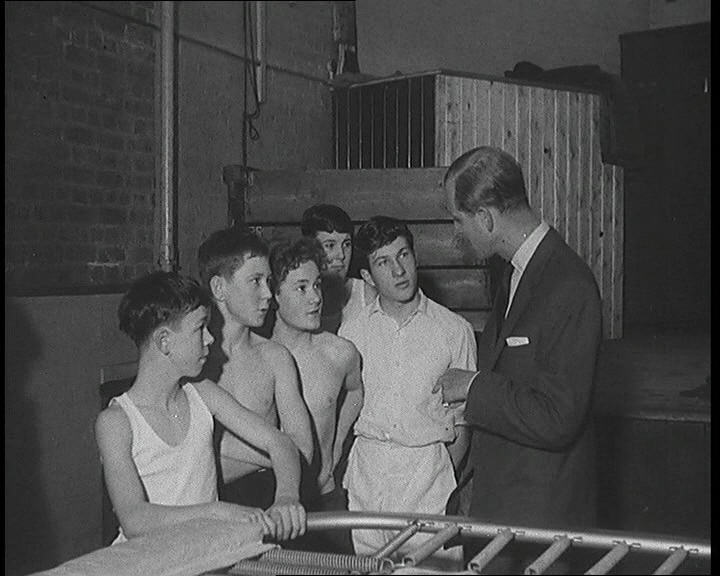 To celebrate the 90th birthday of Prince Philip we’ve ploughed through our hundreds of reels that feature the Duke to pick out some favourites, click on the links to watch them:

This beautifully made 1950s Pathé biography of Prince Philip includes shots of the Duke as a baby, as captain of the Gordonstoun cricket team and starring in Macbeth. The piece follows Prince Philip through his formative years, and contains a speech in which The Queen first mentions her “future husband”

Prince Philip has long been a firm supporter of technological advances and scientific discovery. This 1963 newsreel shows Prince Philip inspecting the control room of Berkeley nuclear power station in Gloucestershire and is a good example of British Pathé’s many reels that followed the Duke on what seems to be a lifetime of official tours and inspections. There’s even a video of Prince Philip touring a cigarette factory in the archive.

The Duke Visits The Pacific Isles

Prince Philip is carried along the beach on a ceremonial chair! Whether it be onboard the royal yacht HMS Britannia or inside a fortified dinghy, Prince Philip feels an affinity with the high seas. British Pathé cameramen accompanied the Duke on his comprehensive world tour.

The Duke of Edinburgh Award scheme is still a vibrant and popular pursuit for young people today. Here we see the prince presenting awards and also visiting various activities clubs around Britain.

In a different media age the Royal Family were more comfortable with inviting cameramen to film their private lives and family affairs. Here Pathé spent the afternoon filming The Queen and Prince Philip enjoying a traditional English picnic with their children. The reel includes footage of Prince Philip holding Prince Edward as a baby.

All of these clips feature in a larger Prince Philip collection with over 50 newsreels that focus on his life and achievements. You can watch all of those reels in the British Pathe archive for free here: Prince Philip – The Duke of Edinburgh