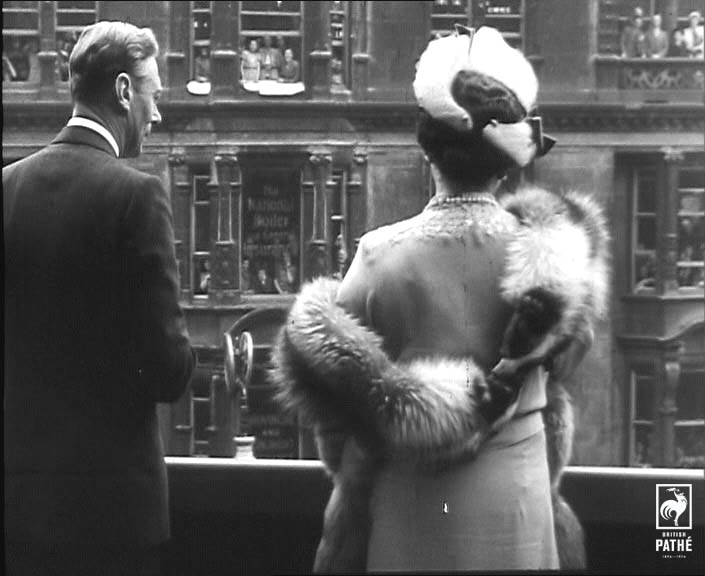 This is the archive’s most popular video clip of King George VI speaking, at the Opening of the Empire Exhibition in Scotland (1938)

Here is the audio clip of the famous Coronation Speech (1937)

And for those of you still wanting more then check out our George VI Collection which contains 26 clips in which King George VI speaks, and has some great contextual material such as footage of Elizabeth Bowes-Lyon (The Queen Mother) who was played by (Oscar-nominee) Helena Bonham-Carter in the film.

The King’s Speech was nominated for twelve awards at the 83rd Academy Awards:

The other memorable moment for us from last night’s bizarre ceremony was James Franco, who came out on stage in drag as Marilyn Monroe. In some ways the stunt builds upon the Hollywood connection between James Franco and Heath Ledger, for Ledger’s widow Michelle Williams will play Marilyn Monroe in the forthcoming film ‘My Week With Marilyn’. Not only does James Franco resemble Heath Ledger but he has been tipped to take on his role as the Joker in Batman. Both actors found critical success in playing gay characters on the big screen too – Heath Ledger as the fictional Ennis Del Mar in Brokeback Mountain, and James Franco as firstly Harvey Milk’s boyfriend Scott Smith alongside Sean Penn in Milk, and secondly as a young Alan Ginsberg in Howl.

Here is British Pathé’s video of Marilyn Monroe meeting The Queen in 1956, in Leicester Square.