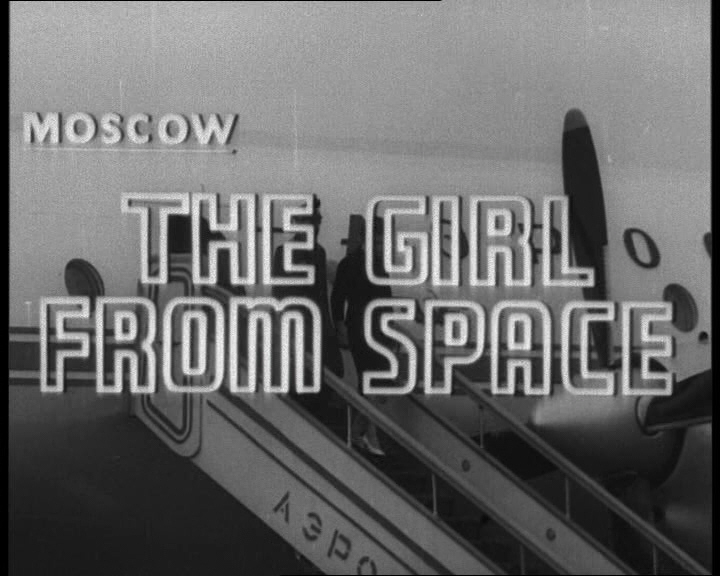 Valentina Tereshkova was the first woman in space, 1963. Named Woman of the Century in 2000 by the International Women of the Year Association, Valentina is the only woman to have carried out a solo flight into space for over 3 days, and consequently has a crater on the moon named after her.

British Pathé seemed to take a great interest in this female cosmonaut’s celebrity and worldwide fame that came about following her successful mission.

This video shows Valentina Tereshkova visiting her hometown in Russia alongside her elderly mother. The pair are greeted by a group ecstatic local girls with flowers in their hair. Vast crowds gather in the town square to see Valentina.

Then British Pathe released this newsreel of Valentina Tereshkova being welcomed by Nikita Khrushchev, the then Secretary of the Communist Party of Soviet Russia.

Soon afterwards Valentina married another cosmonaut, sparking a media obsession with “The Cosmonaut Romance”. Valentina’s marriage to colleage Andrian Nikolayev  came be seen in this wedding clip here, the narrator comments – “Even in the lives of cosmonauts, there’s space for love”

And in this video Valentina visits London:

Valentina is now a retired cosmonaut who still makes appearances at international events and ceremonies. At the 2008 St. Petersburg Olympics Valentina became an official torchbearer in the torch relay.

Early film footage of Valentina Tereshkova’s first (and only) space flight. (Picture below from this clip)

Congratulations Valentina! You’re still an inspiration to us all today.